This year, the HR department at my company adopted a performance review program in which we are all supposed to set “SMART” Goals at the beginning of the year.  Thinking in this format about what I want to accomplish professionally was certainly new for me.  I initially struggled with it, but once I realized that I actually set goals that are specific, measurable, achievable, realistic, and timely in other aspects of my life it became a lot easier to set my professional goals for the year.  I haven’t always been that way in my personal life either but I have realized that doing so helps me maintain a course of action and make things happen.

After college when I started working full time and I finally had the means to travel, that’s all I wanted to do! The issue was then not having the time to do so because I was always working and I needed to concentrate on my career.  Luckily… 😉 my heart was broken in 2010 and it gave me the push I needed to plan my first trip to Asia in January of 2011.  After that trip I knew that I had to make it a priority to travel and resurrected one of my biggest goals.  To visit all seven continents. This time however, I gave myself a deadline, by my 35th birthday!

At the time I didn’t realize it but I now know that I was able to accomplish that goal because it was a “SMART” goal and had the following characteristics.

Specific.  I knew exactly what I wanted to do and I set specific rules.  I had technically been to Asia before my 2011 trip when I visited Istanbul back in 2004.  Crossing over the bridge to the section of the city that is in Asia while I spent most of the time in the European part of the city definitely did not count though.  While I could decide on what country or city within each continent to visit as I went, it was important that they were substantial visits.

Measurable.  I already had North America, South America, Europe, and Asia under my belt.  How hard could 3 more be right?  Well Africa and Australia were were pretty going to be pretty obvious and there were so many places I could visit that would check those continents off the list.  What was an Antarctica visit like though?  It was time to do some research! Turns out that the easiest and most affordable way to reach the white continent is by boat and there’s no guarantee that you will actually touch ground on the continent because the trip can be so unpredictable.

Achievable.  Knowing that Antarctica was going to require more effort, I knew I could definitely do it.  This was something that was important to me and I had no problem giving up material things that I definitely didn’t need for the experiences that traveling to these places would bring me.

Realistic.  Living far from my family means that I have to spend some of my time off from work visiting family rather than going on new and exciting vacations and even though there were only 3 more continents that I had yet to visit I already had plans to return to South America and Asia.  I knew that setting an earlier deadline would just force me to miss it and move it further out and I didn’t not want to start on that path.

Timely.  I was already 27 years old when I decided I would make this happen and giving myself the deadline of my 35th birthday was by far the most important part of setting this goal. I stepped foot on the Antarctic continent on January 3rd, 2018 at the age of 34.

This is just one example of how using the SMART goal setting criteria can guide us in setting goals both for our professional and personal development. What’s one of the accomplishments that you are most proud of?  Did your goal meet this criteria? 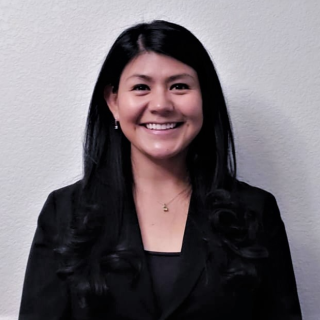 I'm an Optimist, Traveler, Doer, Leader, UNR EMBA Student...working towards my full potential. “The rose is a rose from the time it is a seed to the time it dies. Within it, at all times, it contains its whole potential. It seems to be constantly in the process of change: Yet at each state, at each moment, it is perfectly all right as it is.” -Paulo Coelho